Laurus nobilis, commonly known as bay laurel, is a versatile plant that has been praised for its distinctive properties for thousands of years. Originally from Asia, most people now know bay primarily as that pretty little tree at the entrance to fancy restaurants or packaged as dried bay leaves in the supermarket. But the bay tree is so much more than that. It is a tree that has held a special place since the dawn of civilization. In all cultures and time periods, special stories about and unique uses of bays can be found.

The noble history of bays

The Latin name of the bay laurel is ‘Laurus nobilis’, derived from ‘laudare’ which means ‘to praise’. The fact that the bay tree is a special plant is shown by the fact that in many cultures around the world there are stories in which bays play a special role.

For example, Greek mythology tells us that the god Apollo was hopelessly in love with the Greek nymph Daphne. However, she was not interested in him. To protect Daphne, her father Peneus turned her into a bay tree. When Apollo found out, he declared that the bay tree would be sacred forever. With this, bays became associated with Apollo, and the bay wreath became the prize awarded to the winners of the Pythian Games, held in Apollo’s honour. This is the origin of the bay wreath that we still award to our champions nowadays.

A perhaps lesser-known story is that the bachelor’s title awarded today upon completion of a university degree also comes directly from the bay laurel. Bachelor refers to the French ‘baccalaureate’ which literally means ‘berries of the bay laurel.’ This goes back to Roman times when scientists were honoured with bay branches and berries. 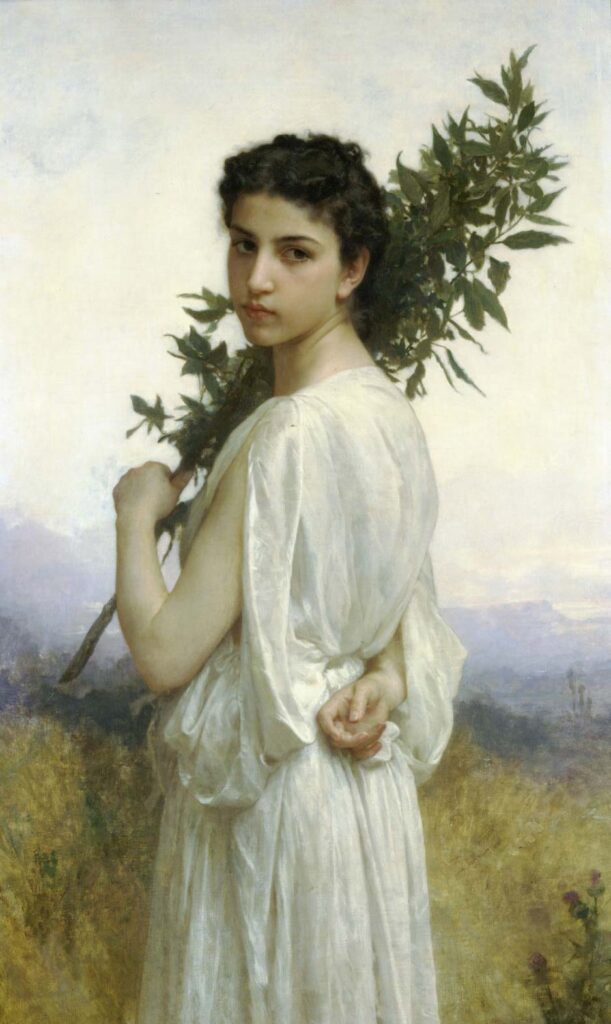 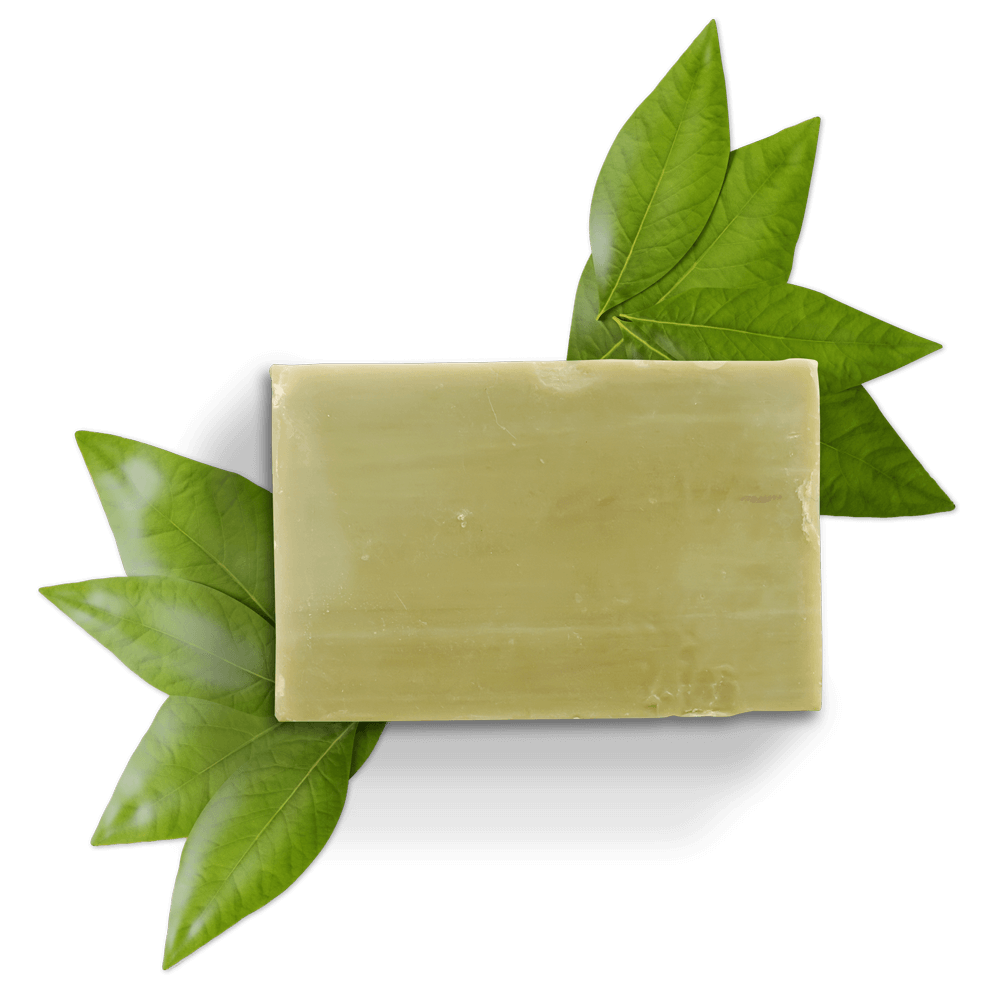 The bay tree is not only an aromatic plant but its cleansing properties have been valued for millennia. Bays even stood at the cradle of today’s cosmetic industry.

Aleppo soap, the over 1,000-year-old ‘mother or all soaps’, is a pure vegetable soap based on bay and olive oil. The quality of the soap is determined by the proportion of bay oil. Aleppo soap fuses the softness of olive oil and the healing effects of bay laurel into a pure, beneficial soap, which is especially recommended for people with sensitive or damaged skin.

The soap has a moisturizing and nourishing effect. After just a few days, you can feel what it does for the skin. Aleppo soap is 100% plant-based, biodegradable and lasts a long time.

Our bay trees are used as stylish decoration in gardens, or on balconies, patios or terraces. Bay leaves are widely used in the kitchen as an ingredient in stews, vegetables, soups, pasta sauces and many other dishes. For this purpose, we grow a separate batch of kitchen bays.

We use a special variety of bay for our herbs, and grow them in a food-safe way. We have experimented extensively for many years with the application of biologically based crop protection products and the use of various natural enemies. As a result, we now mainly use natural enemies and have reduced the use of chemical agents to an absolute minimum.

The best care for your bay tree

After the Ice Saints in mid-May, there is usually little risk of putting your bay tree outside. Bays thrive in both shade and full sun. If your bay tree is in full sun, it needs regular watering, possibly daily.

Make sure that your bay tree does not stand ‘with its feet in the water’. You can fertilize it in May and July. We recommend a dried organic fertilizer. No fertilizer should be applied after August, as the bay tree needs to harden and rest for the winter.

From November to April, your bay tree should be in a pot in a frost-free place (2–10 °C). Winter is the ‘resting period’ of the bay, so it does not need much water. If the temperature is 5 °C, you should water bays once every 5 weeks. Too much water is not good for a bay tree: the leaves will turn yellow and fall off. If the bay tree is too dry, on the other hand, the leaves become greyish and brittle.

If you want to enjoy your bay tree as long as possible, you can leave it outside if it isn’t freezing – but remember to bring it inside if it’s getting below zero! Winter is also the time for pruning; don’t be afraid to cut a nice symmetrical shape in your bay tree, or leave it nice and natural and just trim the tops. The pruned leaves can of course be dried and used in the kitchen.

Remove the old pot and immerse the roots of your bay laurel in a bucket of water for 5 minutes. The diameter of the new pot should be about 5 to 10 cm larger than that of the old pot. Remember to use a pot with enough holes in the bottom. Excess water should be able to leave the pot easily. Put a 2cm layer of pebbles or clay granules on the bottom of the pot to promote drainage. Properly tap down the potting soil so your bay laurel does not get blown over to one side in the wind. 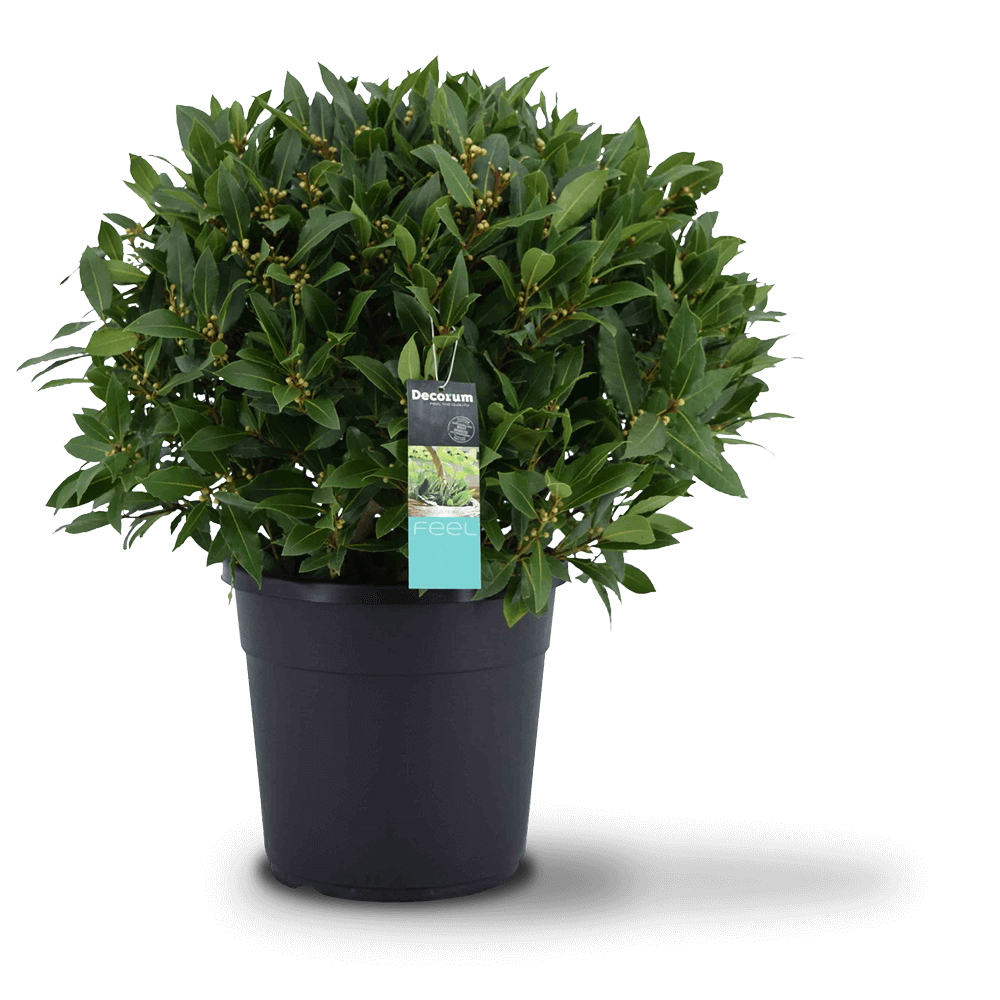 Gova is a member of Decorum, the premium brand and a strong cooperative of more than 55 growers. In 2021, Decorum launched a new concept called ‘By Decorum’. This is a consumer webshop that aims to make people happy with the best flowers and plants.

Only the finest and best flowers and plants are marketed under the Decorum brand. And they’re now available online – directly from the nursery! The flowers sold on the webshop are not only those celebrating happiness but also those providing comfort in difficult times. And plants that contribute to a healthy living environment and take you to exotic places. The flowers and plants on sale are of the best quality, sustainably grown and always innovative.